Biden is flat out lying again about the 2nd! And of course he is again threatening to send the military after people that don't agree with him! 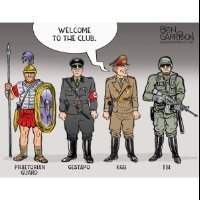