10 replies to this topic

Case outta the Fifth Circuit just reaffirmed that police have no affirmative duty to protect. Not sure case title but per curiam attached. Cook al v. Hopkins et al. Background from opinion:

On Friday, August 17, 2012, at 10:54 a.m., Deanna, a 32-year-old mother of two, called 911 to report that she was being attacked in her home by her ex-husband. Deanna had previously called the police to report her ex-husband’s domestic abuse and harassment, both before they were divorced and after the divorce was finalized. Hopkins, a 911 call-center employee with the title of “Call Taker,” answered Deanna’s call that day. Cole, the call-center supervisor, was not at her post at the time, so Wakefield, a “Senior Call Taker,” assisted Hopkins with handling and classifying Deanna’s call.

On the call, Deanna was “screaming at the top of her lungs in fear, crying out for assistance,” and “screaming help, please stop it” to her attacker. Deanna did not provide her address to Hopkins. Hopkins claims that because Deanna had called from a cellphone, Hopkins could not immediately retrieve Deanna’s address, so she enlisted Wakefield to help find the latitude and longitude of Deanna’s location. Nearly ten minutes after the call began, Hopkins notified police dispatch, classifying the call as a “Major Disturbance.” Hopkins added the comment “urgent!” to her notify report. The line eventually went silent. Wakefield instructed Hopkins to hang up the phone and call Deanna back. The call went to voicemail. Hopkins did not follow up to ensure that police dispatch had actually sent officers to Deanna’s residence.

Mitchell was the police dispatcher who received Deanna’s location that day. She allowed police officers to volunteer for the call, despite it being marked “urgent.” Menchaca and Wilbur, City of Dallas police officers, volunteered to go to Deanna’s residence. On the way, the Officers stopped at 7-Eleven for bottles of water. Approximately 50 minutes after Deanna called 911, the Officers arrived at Deanna’s home. They knocked on the door and had the dispatcher call Deanna’s cellphone, which went to voicemail. They avoided entering the home from the back entrance because they heard dogs barking. When the Officers didn't get a response, they left the residence and noted that the disturbance had been resolved.

Plaintiffs went to Deanna’s home two days later, on Sunday, August 19, 2012, after Deanna failed to show up for church. They noticed her two chihuahuas barking and water leaking from her home. Her mother, Vickie, then called 911. Herod-Graham answered Vickie’s call. She told Vickie that no police officers could help Vickie and her family enter Deanna’s house unless Vickie called nearby prisons and hospitals first. Plaintiffs then kicked in the patio door of the residence and entered Deanna’s bedroom, where they found Deanna deceased, her body partially in the bathtub.

Sent from my LM-G710VM using Tapatalk

The nanny state will protect us from ourselves and take care of all our needs.
Too many people buy into this.

An armed shoplifting suspect in Colorado barricaded himself in a stranger's suburban Denver home in June 2015. In an attempt to force the suspect out, law enforcement blew up walls with explosives, fired tear gas and drove a military-style armored vehicle through the property's doors.

After an hours-long siege, the home was left with shredded walls and blown-out windows. In some parts of the interior, the wood framing was exposed amid a mountain of debris.

A federal appeals court in Denver ruled this week that the homeowner, who had no connection to the suspect, isn't entitled to be compensated, because the police were acting to preserve the safety of the public.

Never gotten the whole back the badge thing, cops just seem like foot soldiers for liberal politicians that dont want us protecting ourselves.

Worse, theyre under no obligation to protect you, but in most states its illegal if you dont assist them.
https://en.m.wikiped..._police_officer

Anyone else think the American experiment is failing?

"You know, there are some words I've known since I was a schoolboy: 'With the first link, the chain is forged. The first speech censured...the first thought forbidden...the first freedom denied--chains us all irrevocably.' Those words were uttered by Judge Aaron Satie, as wisdom...and warning. The first time any man's freedom is trodden on, we're all damaged..." - Capt. Jean-Luc Picard

“But whether the Constitution really be one thing, or another, this much is certain - that it has either authorized such a government as we have had, or has been powerless to prevent it. In either case it is unfit to exist.”

― Lysander Spooner, No Treason: The Constitution of No Authority 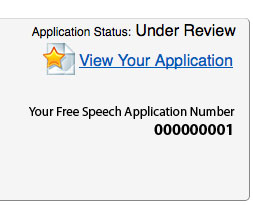 An armed shoplifting suspect in Colorado barricaded himself in a stranger's suburban Denver home in June 2015. In an attempt to force the suspect out, law enforcement blew up walls with explosives, fired tear gas and drove a military-style armored vehicle through the property's doors.

After an hours-long siege, the home was left with shredded walls and blown-out windows. In some parts of the interior, the wood framing was exposed amid a mountain of debris.

A federal appeals court in Denver ruled this week that the homeowner, who had no connection to the suspect, isn't entitled to be compensated, because the police were acting to preserve the safety of the public.

Never gotten the whole back the badge thing, cops just seem like foot soldiers for liberal politicians that dont want us protecting ourselves.

Worse, theyre under no obligation to protect you, but in most states its illegal if you dont assist them.
https://en.m.wikiped..._police_officer

That's just awful.  So cops can literally destroy your house and not be on the hook for compensating you.

And they wonder why people no longer trust or respect them.

Cops Accused of Stealing Over $225,000 Can't Be Sued, Thanks to Qualified Immunity A court ruled that officers did not have enough information to know whether or not stealing violates the Constitution. The U.S. Ninth Circuit Court of Appeals has ruled that Fresno police officers accused of stealing more than $225,000 while executing a search warrant are protected by qualified immunity and thus cannot be sued over the incident. While the unanimous panel acknowledged that "the City Officers ought to have recognized that the alleged theft was morally wrong," it concluded that they "did not have clear notice that it violated the Fourth Amendment." In other words, the cops weren't equipped with enough information to deduce that robbing people is a violation of their constitutional rights against unreasonable searches and seizures—a bizarre interpretation of the law, to say the least. https://reason.com/2...urth-amendment/ Really? They're not expected to know that it's unconstitutional to use a badge to ACTUALLY STEAL property from private citizens? What ARE these cops expected to know? They arrest people for theft of A LOT less than this every day. "Oh I didn't know cops couldn't do it...." Fresno PD smh.... Sent from my LM-G710VM using Tapatalk

The ninth circuit needs a full power off reset.

Qualified immunity for government officials just means they can't be sued by the alleged victims. (For example, someone arrested for a crime they didn't commit and later exonerated cannot sue the arresting officer if the officer had probable cause - or a warrant - for the arrest.) Corrupt officials can still be charged with crimes. However, qualified immunity then usually doesn't cover actions for which the officials are criminally convicted.

The idea is that government officials need a certain amount of latitude to do their jobs, so they are protected from civil suits as long as their actions were conducted in the good faith pursuit of their official duties.

In the case of these cops, their official duties were to conduct a drug raid. The (alleged) drug dealers accused the cops of stealing a bunch of cash and some rare coins, because they say the cops seized it, but it wasn't reported as evidence, thus they pocketed it. The drug dealers themselves were never convicted (at least not from that raid).

Here the first step should have been to convict the cops criminally for ripping off the drug dealers. I don't know if that happened, but the court seems to have taken it as a given that the cops actually did rip them off. The court ruling here is that, even if they were convicted of theft and/or corruption and/or tampering with evidence, cops can't be sued for stealing from criminals, even if those criminals themselves were never convicted (thus technically innocent).

This case is full of crap everywhere you look.

The next time a cop steals from a drug dealer (this is where civil asset forfeiture is typically used, but the cops decided that the assets will be forfeited to them and not the government) then he or she will not be entitled to qualified immunity as circuits are so terrified of SCOTUS reversing them that they basically require an identical or practically identical case where MSJ was granted based on QI. "Well now police know it's unconstitutional to demand a doctor give a man a colonscopy when x-rays didn't show that he'd 'stuffed' anything" (case out of New Mexico). Seriously, what a cop is expected to know is unconstitutional is...staggering and not in a good way. "Deputy (moron) couldn't have known that it's unconstitutional to try to shoot the family dog, twice, miss, and instead hit a kid in the leg who's sitting on the ground behind the dog" (case out of CA11 IIRC). Sent from my LM-G710VM using Tapatalk

Cop tases man...in the back, for a seat belt violation. CA9 grants QI SPECIFICALLY because there's no case like it. Well, "was" no case like it. I can find these all day long. SCOTUS needs to burn QI to the ground and it sounds like several Justices want to. "Officer MacPherson stopped Bryan for the most minor of offenses. There was no reasonable basis to conclude that Bryan was armed. He was twenty feet away and did not physically confront the officer. The facts suggest that Bryan was not even facing Officer MacPherson when he was shot. A reasonable officer in these circumstances would have known that it was unreasonable to deploy intermediate force. We do not need to find closely analogous case law to show that a right is clearly established. Moreno v. Baca, 431 F.3d 633, 641 (9th Cir. 2005); see also Hope v. Pelzer, 536 U.S. 730, 741, 122 S.Ct. 2508, 153 L.Ed.2d 666 (2002) ("[Officials can still be on notice that their conduct violates established law even in novel factual circumstances."); Oliver, 586 F.3d at 907 (finding that a right can be clearly established where the officer's conduct "lies so obviously at the very core of what the Fourth Amendment prohibits that the unlawfulness of the conduct was readily apparent to [the officer], notwithstanding the lack of fact-specific case law"). However, as of July 24, 2005, there was no Supreme Court decision or decision of our court addressing whether the use of a taser, such as the Taser X26, in dart mode constituted an intermediate level of force." https://casetext.com...esultsNav=false Sent from my LM-G710VM using Tapatalk